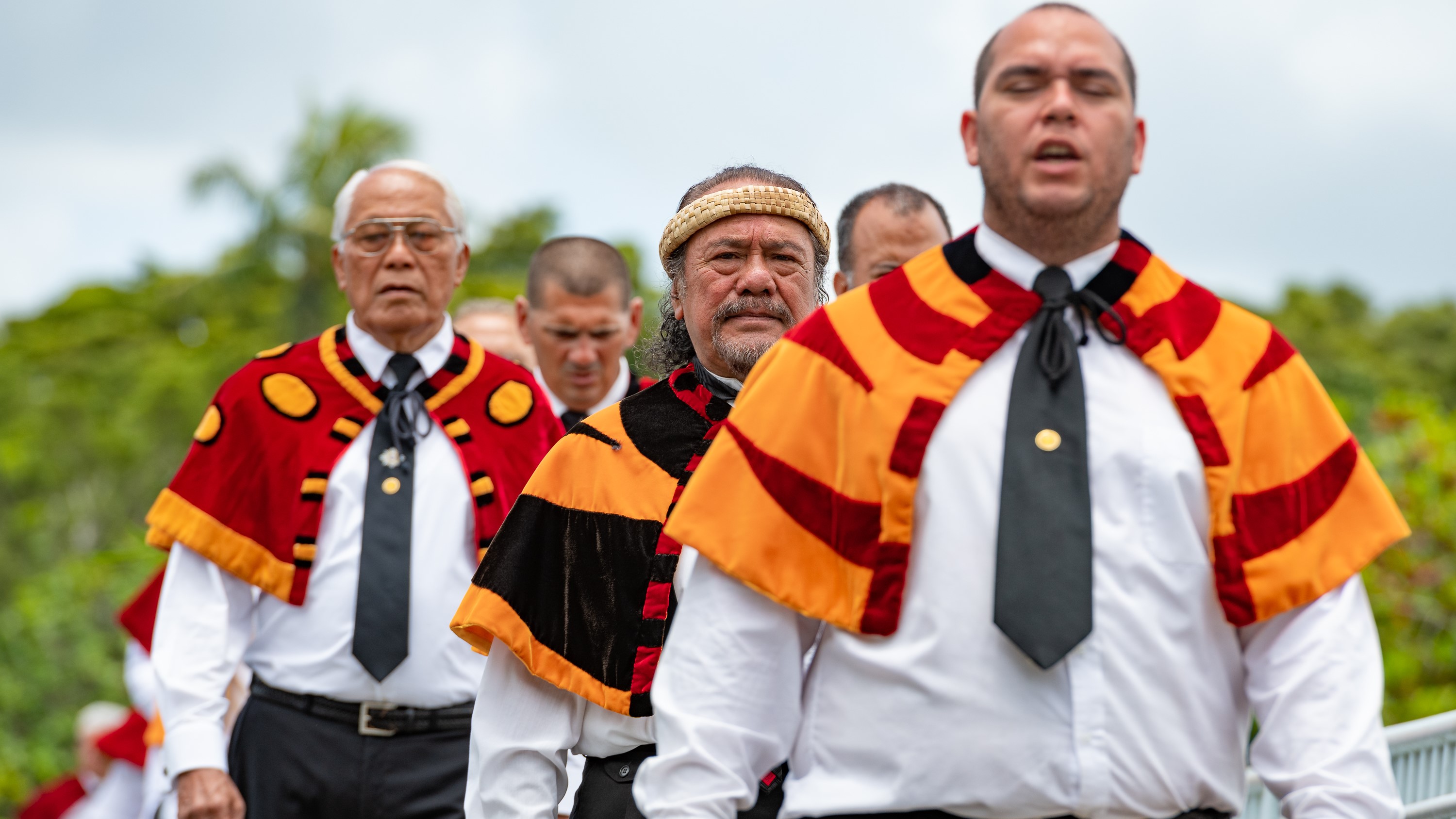 Established the Royal Order of Kamehameha I

Lot Kapuāiwa Kalanikupuapaikalaninui Kalanimakua Ali‘iōlani was born on December 11, 1830 to High Chiefess Kaho‘anokū Kīna‘u, a daughter of Kamehameha, and High Chief Mataio Kekūanao‘a, a descendent of the Chiefs of Oahu. Prince Lot was the last direct descendant of Kamehameha to rule the Hawaiian kingdom. 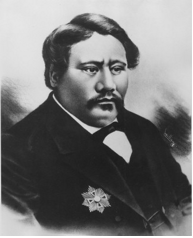 Following the death of his brother Kamehameha IV in 1863 Prince Lot was proclaimed King of Hawai‘i (Kamehameha V) just shy of his 33rd birthday. Kamehameha V believed in his mana (spiritual power and authority) and right to lead the Hawaiian people personally with a stronger monarchy. When Kamehameha V took the throne he did not bother with a public inauguration and refused to take an oath to uphold the 1852 constitution which he regarded as contrary to the best interest of his people. In May of 1864 he called for a constitutional convention of elected delegates for the purpose of creating a new constitution. When the delegates became deadlocked after weeks of discussion, Kamehameha V simply announced that the Constitution of 1852 was abrogated and that he would provide the Kingdom with a new constitution. By this coup Kamehameha V broke the Legislature’s grip on power and restored to the Crown much of the power and authority Kamehameha III had relinquished with the Constitution of 1852.

Committed to perpetuate the Kingdom as an independent monarchy, Kamehameha V worked to make the Kingdom less vulnerable abroad by strengthening its economy and dignity at home. Kamehameha V respected the ancient culture of his kupuna (ancestors) and encouraged the revival of ancient Hawaiian practices. Beloved by the Hawaiian people and citizens of the Kingdom, Kamehameha V died on December 11, 1872 at the age of forty-two.